Grand Theft Auto 5 is an open world, action adventure, video game developed by ROCKSTAR North and published by ROCKSTAR Games. It was first released back in 2013 for the Playstation 3 and Xbox 360 platforms. Even though I bought the game back when it launched, for some reason i never really got around playing it. Come today, I saw a Steam sale of Grand Theft Auto 5 and decided to give it another spin, this time with my new rig. The improved performance and patches over the years made a difference compared to my previous console experience. Grand Theft Auto 5 plays much better on next-gen consoles and pc’s.

Grand Theft Auto 5 essentially has 2 modes, singleplayer and online multiplayer. First let’s analyze the singleplayer campaign. It takes place in an imaginary city called Los Santos that is basically a clone of the real world Los Angeles. The whole environment is meant to resemble the ideal “American Lifestyle”. You can discover Los Santos by playing the 3 unique characters of the game, Franklin, Michael and Trevor. Each character has his own personality that differs greatly with one another. In a sense, each of the playable characters depicts a different aspect of lifestyle. The first playable character, Franklin, is friendlier and more limp than the other 2. The second character, Michael, is an ex bank robber that is now retired and is looking for a new “occupation”. The last playable character is Trevor. Trevor is a vagabond guy, which thoughts only turn around sex and drugs. Throughout the game’s story these 3 characters meet up and organize heists together. All in all the single player campaign will provide you with a total of 100 missions which translate to roughly 40-50 hours worth of gameplay.

Next we have the online multiplayer mode. Multiplayer is the reason why someone should really buy Grand Theft Auto 5, it will provide you with infinite hours of gameplay as you can be involved with a variety of things. For example you can buy your own house, invite your friends inside, and organize heists. In order to buy a house, car or something cool like that you will need to grind several hours for money and experience. Everything you unlock with experience is purely cosmetic, it’s there to reward veterans with unique looks in order to distinguish themselves from newer players. You can easily grind money just by doing races with other players or by organizing robberies with your friends and completing missions. 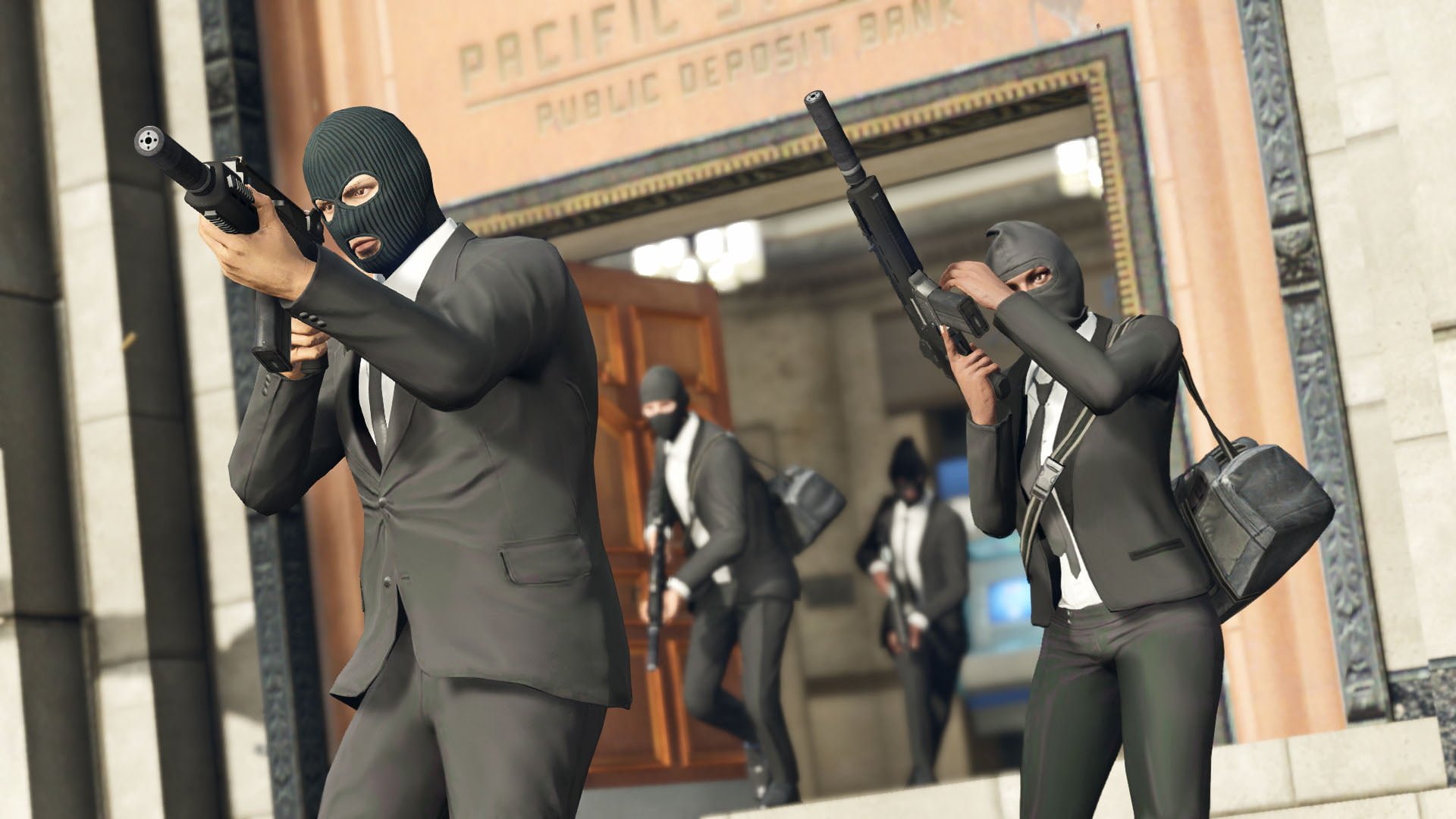 It wouldn’t be an exaggeration to say that Grand Theft Auto 5 is one of the most popular games right now. Cause of that, Rockstar provides good after-sales support, with frequent patches, DLC’s and new stuff to do, keeping veteran players still interested. Grand Theft Auto 5 is the best GTA game released to date. One can only hope the next installment is even better. But here comes the big question, how can you make a perfect game better? I guess Rockstar will let us know in a few years.

To conclude, Grand Theft Auto 5 is an experience every gamer should have. If you haven’t played the game yet i suggest you grab it right now, you won’t regret it.