When you think about Far Cry the first thing that comes into your mind is FPS shooter and shit blowing up. It’s very hard to comprehend that a shooter game doesn’t have any modern weapons, in Far Cry Primal bows and arrows take the place of automatic guns.

The usual Far Cry formula is solo survival mayhem, in a sense the same happens in Far Cry Primal too, only in a setting 12.000 years ago. The main protagonist is a tribal leader trying to reunite his scattered clan and make it survive against the coming hardships. You go out hunting and scavenging for food and materials to upgrade your weapons and resources. The ultimate goal here is to reach a point where you are ready to take on the opposing tribe (the bad guys). This happens through a variety of open world missions making you stronger and more experienced every time.

Of course you are not alone in this endeavour, you got your trusted pet which you can conveniently summon every time you need it. There are multiple beasts you can “tame” that all utilize different skills. You will need to strategize and think carefully of a plan before engaging an enemy. Combat here is much more tactical than what people are used with in most modern shooters. There’s no endgame bazooka here to one-shoot people, you start with a club, bow and spear and you end the game with pretty much the same things, albeit upgraded versions of them. 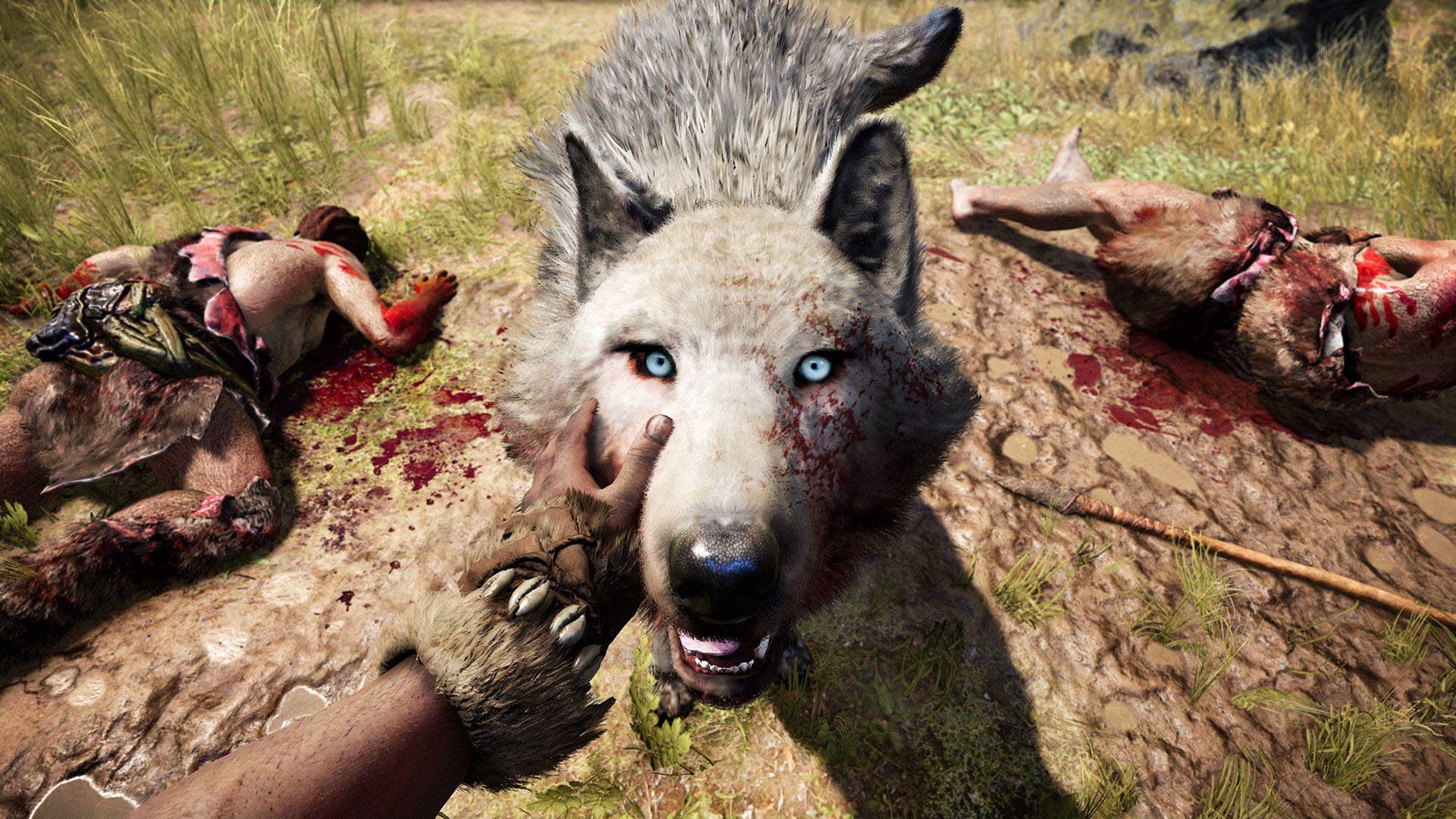 The game’s atmosphere is something very fresh in the land of first person shooters. There’s a lot of graphical detail to be found and the music fits right in. The world just feels alive. It literally feels like you are in 10.000 BC hunting mammoths, its “normal”. You see packs of wild beasts running past you, feeling helpless with your primitive weapons but also gaining huge satisfaction when you accomplish something with such crude means. 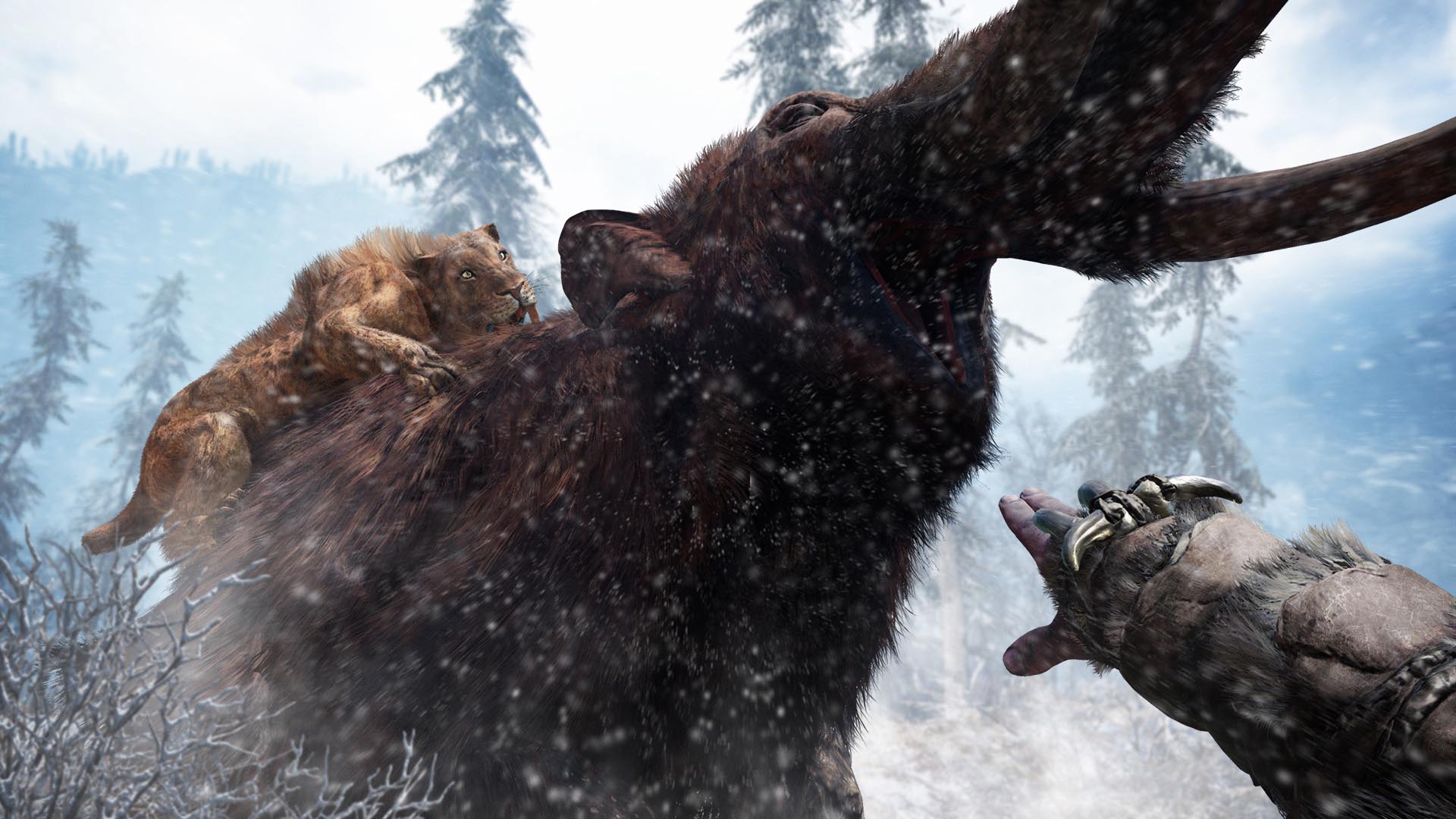 Story wise the game is not anything super sophisticated and the main villain is underwhelming to say the least. Truth be told they could focus a bit more in making a better story to tie in with the rest of the game. I hate it when good games lack a decent story, it makes it forgettable. The lack of any multiplayer or co-op makes this even more of a problem. At least in most other shooter games people focus on PvP and don’t spend that much attention to solo campaigns. 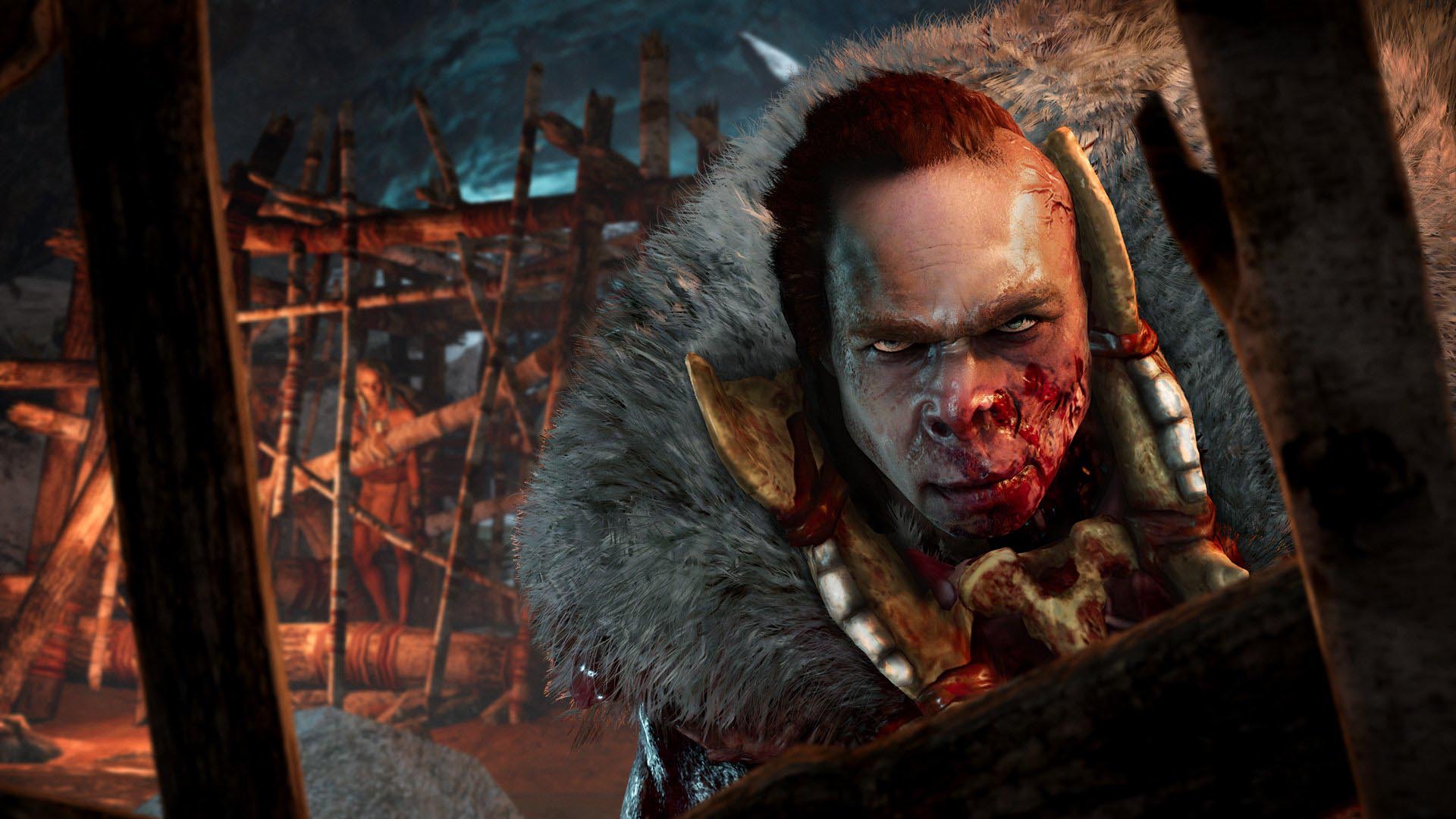 Ultimately, i believe Far Cry Primal can be classified as an “experience”. Theres not alot of prehistoric themed games out there and most of them are not even half as well done as this one. If you can bypass the lacking story you’re in for a nice ride.