I played Divinity – Original Sin briefly back in 2014 when it was still in beta. It looked very promising as an old school RPG, but because it was so complicated it also had a lot of issues. Thus i decided to postpone my playthrough till they had patched everything up and i could have the best experience possible. And that time came when Divinity – Original Sin Enhanced Edition was released in a multitude of platforms. I decided to test this out on my PS4 as i was curious how would they manage to make such a complicated pc game work with a console controller.

To my amazement i didn’t face any real issues playing Divinity – Original Sin Enhanced Edition with a controller. Through various clever ways they managed to streamline controller support and you don’t really feel like it’s a sub-par experience to the pc version. It took me about 1 hour including the tutorial dungeon till i felt comfortable enough with the controls and knew what i was doing. 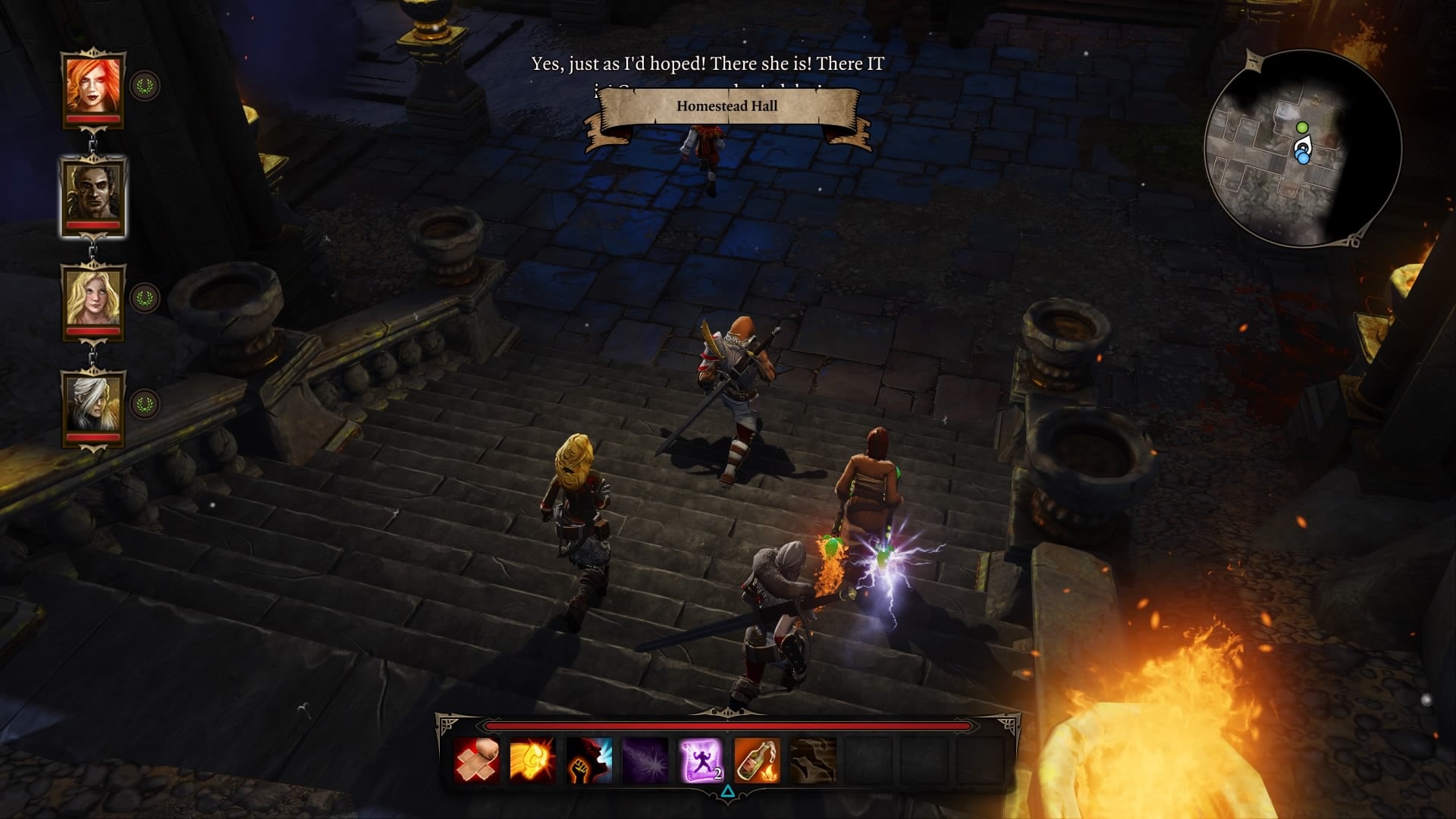 But that’s as far as the game goes helping you out, after you leave the tutorial dungeon you’re left into your own to figure things out. Choices matter in this game, it’s easier than ever to royally fuck something up and lose valuable time, so heed my warning and SAVE very often. If you thought games like Baldur’s Gate were complicated you haven’t seen anything yet. They have managed to make choices matter in Divinity – Original Sin Enhanced Edition in a profound level of detail. Even after 1 hour into the game i managed to steal and get into a fight, break into the bathroom of a woman and have my ass handed to me, blow up a cow and have the villagers chase me, extinguish the fires from a boat and save several people, only to have the same people i saved, chase me because i stole a mug of beer.

Divinity – Original Sin Enhanced Edition reeks of old school RPG, it’s what the guys that made Baldur’s Gate would create if they had the firepower back in the day. The combat is so well done it feels like playing a game of chess. It’s turn based and you get several points per turn to spend. Each action you take costs points. So let’s say you want to move 2 spaces to the left it will cost you 1 point and casting a fireball will cost you 4 points. Everything in the combat is so tactical and connected you need to think carefully about your next move. For example if there’s a poison cloud you need to cast a fire spell to remove it, then you need to cast a water based spell to extinguish the fire. You need to be careful tho, if there’s oil when you cast the fire stuff will get really hot. 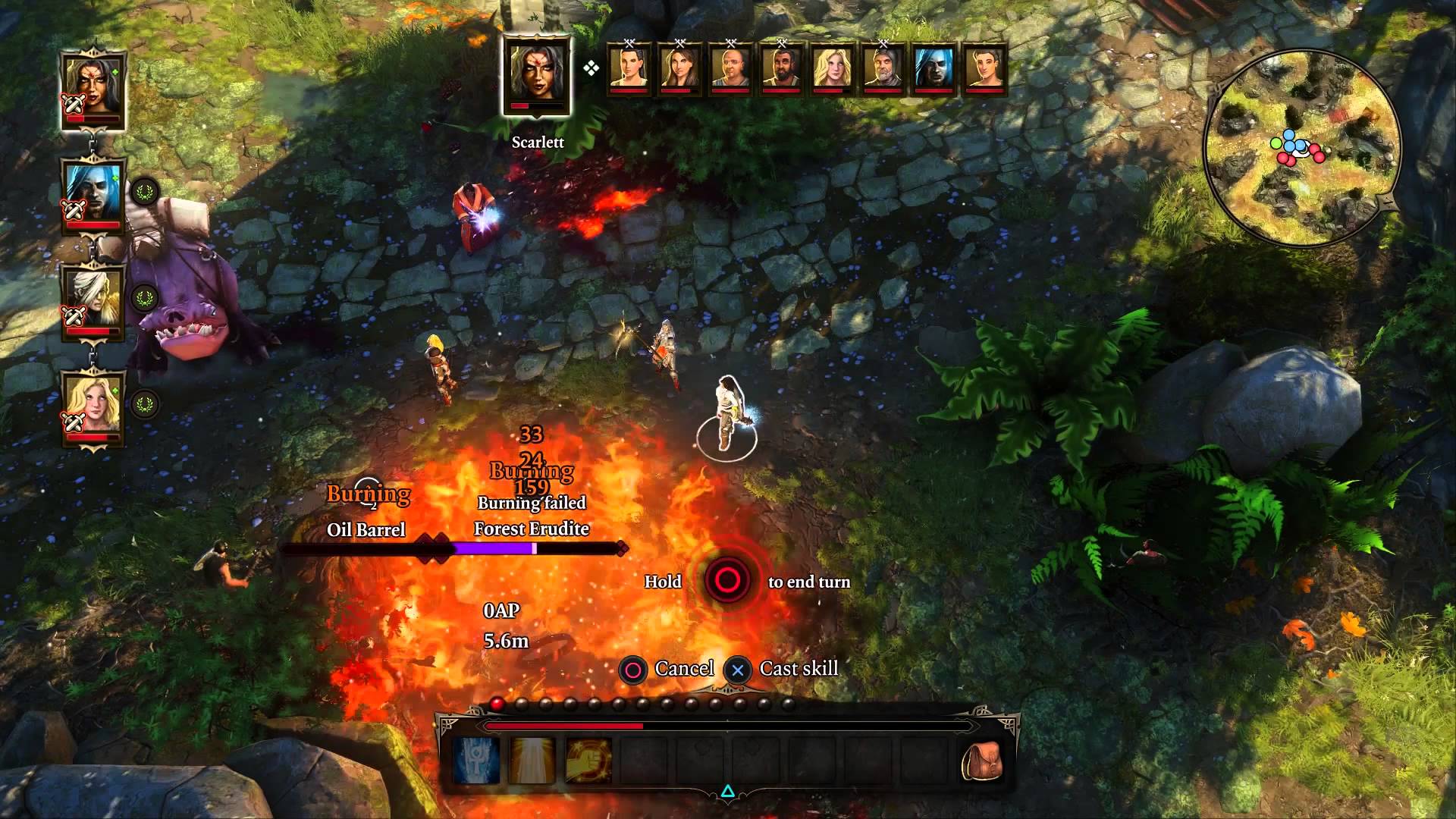 The story in Divinity – Original Sin Enhanced Edition is very well done with full voice acting, moreover there are hundreds of sidequests and optional stuff to do.
Being an old school style RPG things here are pretty normal. You have a party of people and go out adventuring. Either you decide to be good, neutral or bad. You can literally spend hundreds of hours in this game searching things out. There’s no way to rush here, you need to invest a serious amount of time to go through this game. Divinity – Original Sin Enhanced Edition is one of the few exceptions of modern games worth investing time into.

Graphic wise the game is nice to look at and the interface is clean. In games like these graphics don’t really matter, as long as they don’t get in the way. What is really well done here is the console interface port. It should be an example to other devs trying to bring complicated pc games to consoles. The co-op mode is excellent and makes sense without getting in the way. My only gripe here is the inventory management, i would prefer there was an inventory pool of all characters combined, than having each character have his own inventory with items scattered around. I spent a fair amount of time moving and searching for items. 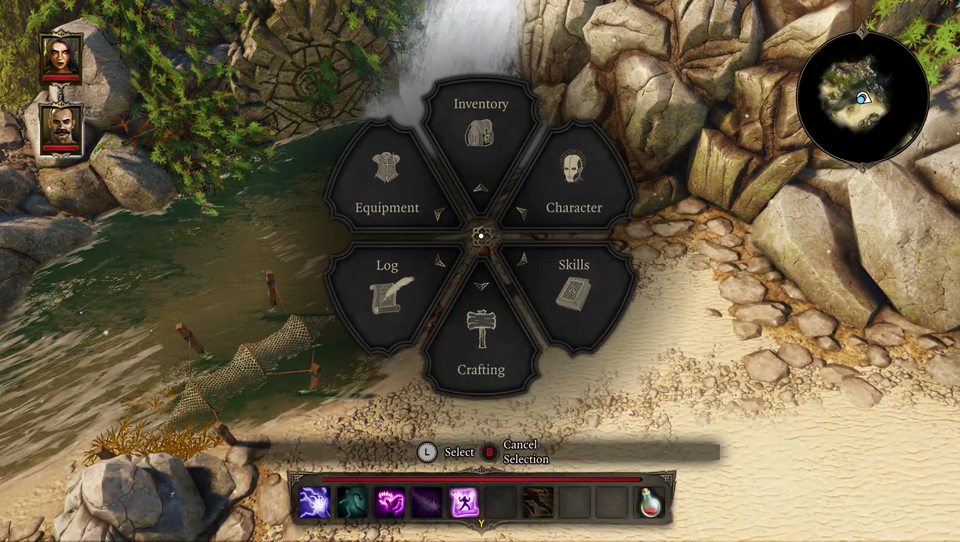 Divinity – Original Sin Enhanced Edition is the best old school RPG you can play on consoles at the moment and i would go as far as to say the same goes for pc’s. If you got time to burn this game is made for you, it’s length and replayability makes it one of the most valued games to own in your library. Get it now!

Available for : Playstation 4, Xbox One, Mac, Linux and PC